Thinking of buying some new lighting for your home in 2016? Excellent! It’s a great upgrade to any home whether you are thinking of selling soon or not. Changing your lighting can enhance the whole look of your room. In particular, in the kitchen it can modernize and bring a kitchen up to date with the latest trends giving it a much younger feel. Here’s a look at what’s hot right now:

The ‘sputnik’ design as it is best known is everywhere! It’s hugely popular with millennials and brings a cool, modern, architectural element to any room. You can find it in brass which is also a trend right now, as well as a shinier chrome finish, bronze etc. I recommend it for a dining room pop! Also above are the chrome and glass look sconces for bathrooms. This is a big trend for baths right now: chrome- or believe it or not:  gold is back! But not the gold from 10 years ago – a more modern brushed finish. Take a look at any pottery barn or home goods and you’ll see what I mean!

Metallics are also on trend. Copper, brass, silver, with the industrial edge.

Speaking of industrial- you’ll see a mix of industrial styles in all major retailers! Think Mid Century Modern. Reclaimed wood and greys in every room mixed with these old timey funky fixtures.

Spherical chandeliers have been popular for a few years now so fore warning it’s a trend that may be on the way out soon. However, they look gorgeous and still incorporate some of that more architectural look. If traditional style is more your thing you might look into finding a sphere for your space!

I love the soothing color palette and mix of periods, but you really have to check out the Master Bath.  What a view!  Let me know what you think!

Houzz Tour: A Classic Ranch House Rises to the Location

Practicing architecture with his firm from 1924 until his death in 1976, Walter Frazier left his mark on north shore architecture.

Take a look at this beautiful mid-century design built in 1955.  The site alone is pretty spectacular.  The home is situated on 21 acres which includes over 9 acres of a conservation easement.

The secluded site must have been the inspiration behind the floor to ceiling windows which make up most of the exterior walls.

Inside, the design is simple, allowing the views to take center stage.  There are over 6500 square feet of living space with four bedrooms.

In addition to residential projects in Lake Forest and Lake Bluff, Frazier designed several homes and offices in the Fox River Valley as well as the Casino Club in Chicago. 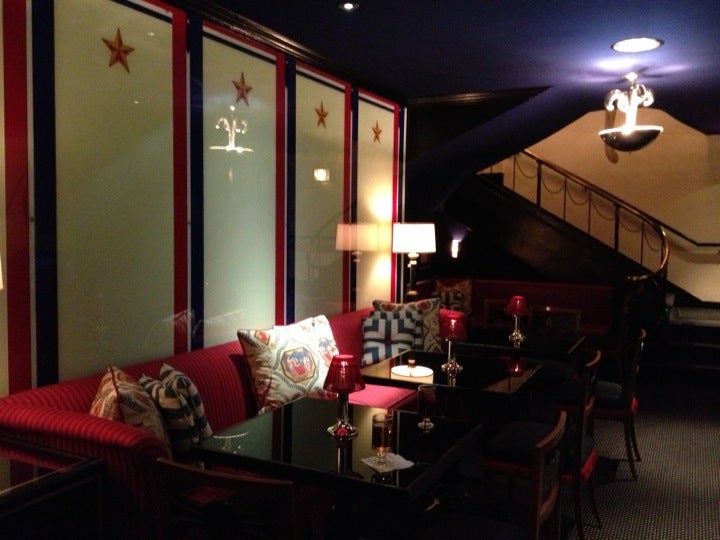 William Deknatel, who studied under Frank Lloyd Wright, designed this mid-century home in Winnetka which was built in 1957.

I love the way the house joins the inside of the home with its’ natural surroundings through the use of glass, stone and wood.

The masses of windows allow for breathtaking views and the mahogany adds such luxury.  I think Wright’s influence is apparent but Deknatel is also successful expressing his own style.

So I ran across this article listing the 30 Best Films of the Decade and had to take a look.  Hmmmm… I realize I don’t see a LOT of movies but I was really surprised by how few I had actually even heard of.  Where have I been?

I hope you have a great week!

Recently I came across a home in Lake Forest originally designed in 1936 by the firm Keck and Keck.  I have been a fan of the firm Keck and Keck for many years.  Homes designed by the firm were generally built in the 30’s through the 60’s.  This home, built in 1936 has had quite a bit of work done to it over the years and does not particularly resemble the homes I am familiar with visually, but it still maintains some of their trademarks.

Most of the homes I have seen are on the small side and somewhat humble but I love the relationship to their surroundings.  The plans are simple but very livable.  There is a development located in Glencoe on Carol Lane and Terrace Court; driving through these streets is a bit like stepping back in time.

A respect and love of nature is one of the things I like so much about homes designed by Keck and Keck.  Large windows inviting the outdoors in are common.

Keck was one of the first to utilize passive solar power in his homes.  Other trademarks include flat roofs, radiant heat in the floor and a modular design.  Another sign of a Keck home are operable screened vents next to fixed Thermopane windows which allow for circulating air in the home.

Above is a picture of the operable screen vent.

Aside from the Glencoe development, there are several large homes throughout the Chicago area including this one where all rooms circle around and are open to the pool which has a retractable roof.

Emily Henderson, the 2007 winner of the HGTV show Design Star and her husband recently purchased a mid-century modern home in California.  While it is not a Keck and Keck home it reminds me of his simple design aesthetic.  She is sharing their decorating journey on her blog; it has really been fun to follow.

Finally, I thought I’d share these bright and cheery doormats with you.  What a great way to brush off the snow and slush!

Have a great week!